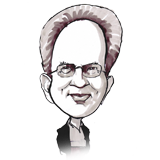 Written by Philip Howard (Bloor Software Analyst)
Philip’s a Bloor Software Analyst who started in the computer industry way back in 1973. He worked as a systems analyst, programmer and salesperson, as well as in marketing and product management roles, for a variety of companies including GEC Marconi, GPT, Philips Data Systems, Raytheon and NCR. More about Bloor...

This paper initially started as an investigation into comparative pricing for business intelligence solutions and then evolved into a consideration of total cost of ownership for such environments. Along the way, as we shall discuss, we discovered some other interesting facts as well.

In our experience far too many companies look only at the initial license costs of software or at the subscription costs of that software, without taking other factors into account. To an extent this is understandable, because it is often easier to get authorisation for operational expenditure as opposed to capital expenditure. However, in the view of Bloor Research this is a false economy. As an example, it is becoming well established that while it may be “cheap” from a hardware and software perspective to deploy a Hadoop cluster that is by no means the case when it comes to implementing that cluster. For example, Cabot Partners (www.cabotpartners.com/Downloads/ TCO-Study-Pure-Data-versus-Hadoop-May-2015.pdf) estimates deployment costs for a Hadoop cluster at $320,000 for a small (18TB) cluster, $1,066,000 for a medium (192TB) cluster, $2,167,000 for a large (780TB) cluster and $4,605,000 for an enterprise (1.5PB) cluster. Those are not small numbers and they need to be taken into account: you might want to consider an appliance-based approach to Hadoop rather than incur these costs.

More generally, we wanted to get a handle on the total cost of ownership, over a three-year period, as opposed to up-front licence fees. As an exemplar of this we have selected a business intelligence project, though it could equally well have been any other major software implementation. Specifically, Bloor Research has researched the market for pricing information with respect to business intelligence and analytics solutions, particularly in regard to total cost of ownership (TCO) for such a solution and the different sorts of pricing models adopted by various vendors. To this end Bloor Research has surveyed a number of vendors and this report aggregates their results. Note that information was provided to us by vendors under non-disclosure terms and we are therefore not at liberty to discuss individual product licensing models or prices, except where these are publicly available. We should further comment that not all responses were as complete as others or especially transparent. Also, some suppliers quoted list prices while others quoted prices after a “typical discount” was applied. Only one supplier quoted both. The results detailed here should therefore be treated as a rough guide rather than anything definitive. Nevertheless, the results are clear: TCO dwarfs initial licence fees and that is even before you bear in mind that licence fees are often heavily discounted, while maintenance and other charges are not.

It is worth noting that some vendors have base systems that would encompass two or even all three of these in a single offering. We will discuss this further in the relevant sections that follow.

We included the data mart or warehousing storage that is required for each of these configurations, the business intelligence/analytics software needed, and the ETL (extract, transform and load) software required to populate the data mart/warehouse. We also surveyed data quality vendors with respect to their charges for ensuring high quality data. All ancillary costs such as ongoing maintenance, service charges, training, day-to-day administration and so forth have been included, in order to provide a complete picture. We had also hoped to get some indication of the hardware requirements need to run a solution in an on-premises environment, but with only two exceptions (one data warehousing vendor and one business intelligence vendor running on AWS) suppliers have not provided us with hardware costs. We have therefore excluded this element of the equation and we will focus on software.

The highlights of our results are as follows:

For the three configurations in on-premises implementations the licenses are as follows:

For Cloud/subscription pricing the figures are as follows. We can assume that there are no administration costs and that maintenance is included. The only on-cost would be initial training (and that would be reduced).

Business intelligence and analytics vendors are more homogeneous than data warehouse providers when it comes to pricing models. All suppliers contacted by us employ user-based pricing, though some vendors also charge by server. Training requirements are generally regarded as minimal (a day perhaps). Administration is likely to be limited to things like defining access privileges and we would expect this to be a more or less a constant cost across providers. Maintenance and service is typically 20%.

Many vendors in this market have different editions. For example, Qlik offers an Enterprise Edition and an SMB Edition for QlikView, while Qlik Sense is a separate product. There are also vendors such as Pentaho and Jaspersoft (TIBCO) that employ open source models, whereby the software is available at no cost.

The exception is one company that undertakes analytics on a project basis. This company charges roughly $400 per user but there are typically 8 to 15 days consulting associated with each engagement. We should also comment that the company charging $2,000 per user also has server pricing, which means that the price per user falls as the number of users grows, so that the cost will reduce to approximately $1,000 for “lots” of users. A further complication arises with respect to charges based around “named users”. Some vendors allow users to, in effect, share a name, if they are infrequent users. This seems a reasonable approach and one could expect to negotiate a similar arrangement even with those suppliers that do not formally offer this. Appropriate deductions from the following figures should take this into account.

ETL (extract, transform and load) differs from the previous two considerations in that it is independent of the amount of data and the number of people and processes that may query the data. Users, in an ETL context, are the people who develop data integration processes and there will be significantly fewer of these. In addition, ETL is dependent on performance – the amount of data that needs to be loaded in a particular timeframe – and the complexity of the environment, which is typified (at least in part) by the number of sources and targets that are involved. For these reasons, the figures that follow are, at best, guesstimates. For example, the small configuration we are examining could have a single source and target or it could have half a dozen targets, and this will affect the licence fees involved and what the TCO is. A further factor is that ETL tools are frequently used across multiple projects: not just for Business Intelligence but to support data archival perhaps, or B2B integration. In other words, you potentially get significant reuse from an ETL tool, so comparing costs for a single use case is difficult.

In practice, we received relatively few responses in this category but, fortunately, we have other research to draw upon. For example, we have data, based on previous research, that provides three year TCO per project per source/target. This gives an average value for a single project with just one source and one target of something over $10,000. However, data integration tools are typically used across multiple projects and multiple endpoints. On average, probably 10 projects and 5 sources/targets. This would bring TCO up to around $500,000 over three years but there are wide variations between tools.

Typical pricing models in this sector are by connector for cloud-based offerings and otherwise by user, server and connector for on-premises products. Unfortunately, this creates a problem as we did not provide any details on the number of connectors required, which means that vendors have had to guess in their responses: quoting average fees. Maintenance for on-premises environments ranges between 18% and 25%. Around 4 or 5 days is the typical training requirement.

We had limited success in getting responses from vendors in this space but is clear that pricing is typically per seat. A minimum starting system would be in the region of $150,000 for the licence fee, and somewhere between $180,000 and $300,000 for a larger solution. Plus, of course, maintenance, administration and training.

Putting all of these figures together, and leaving aside the various caveats we have pointed out, we can reach a number of conclusions. Firstly, assuming that we omit the outlying cloud-based warehousing vendors for large configurations, then cloud-based solutions have a typical TCO that is better than that of on-premises solutions. On a relative basis this decreases as configurations get larger. For example, a small configuration, excluding data quality, has a Cloud-based average TCO of $265,780 and an on-premises average TCO of $328,880. This represents approaching a 20% saving. For a medium sized configuration, the figures are $762,720 and $900,720 respectively and the saving here is nearer 15%. For the large configuration the total cost of ownership is well into seven figures and, as one might expect, differences are much smaller: approaching 5%.

Note that if you include data quality in the above figures then costs escalate significantly, especially for small configurations where our figures suggest that costs would double. According to research, one in three executives does not trust the information they have to make decisions on. Therefore, we cannot recommend ignoring data quality. However, what it does suggest is that in smaller environments then either organisations (departments) should seek to reuse data quality tools that are already in use in other parts of the company, or they should adopt open source tools where at least there is no license fee.

Returning to the first paragraph, cloud versus on-premises pricing was not, of course, what we set out to discover, though it is a useful aside. What we wanted to establish was TCO versus initial licensing, and to demonstrate how important it is to consider lifetime costs not just up-front costs. In practice, we have demonstrated is that non-licence costs clearly represent a major factor, though their proportionate impact decreases as more users are added. For the small configuration we evaluated, indirect costs significantly overshadow license costs and represent the bulk of the total, for the medium-sized configuration the licence and non-licence costs are approximately equal, and for the large configuration the licence fees are greater than other costs, even though these are substantial. Bear in mind, however, that we have used a three-year cost of ownership model rather than, say, a five-year model. Had we used the latter, non-licence fee costs would have exceeded license fees, or subscriptions, in all cases.

It should be clear from the results provided here that maintenance, support, implementation and other costs that are ongoing form a major part of any major software project. It would be inadvisable for potential users to focus on licence fees, or subscription rates, alone. The key point is that if you look at TCO across products you are evaluating then you may (will) find that there are significant differences between vendors in the maintenance charges, implementation requirements and other costs associated with the project and these can make a significant difference to TCO. We are not, of course, suggesting that you licence software simply on the basis of cost but, other things (features, capability, performance and so forth) being equal then cost is likely to be a major determinant. And it should be TCO rather than licence fees or subscription rates.

If you found this report helpful...

This spotlight report was brought to you in partnership with the software analyst firm Bloor. Click here for more information on Bloor, here for more content from Crozdesk and here to start a software search.